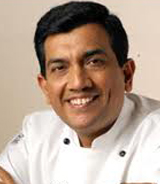 What I want to share with you may be things which I have done right in my life, may be you can pick up some threads and you can do things which will probably make or give people a perception of being successful. Why I said perception because no matter what you earn, you would also be the same person and success failure, good bad ugly they are just perceptions. There is nothing but what people think of what you are and who you are. Normally at the core at the heart you would always be the same person. You try and make yourself better for yourself and when you do that, more often than not, people around you also start seeing you in a better way.

So first thing that I want to share with you is that most of the time we always try to see that how we can create better perceptions of ourselves. Though we never think it like that but it is actually the case. So whatever you do, in whatever age that you are if you can start with yourself and make yourself better as compared to what you were yesterday. Once you have learnt that art, suddenly you see everything becomes so simple and easy. It is something which is so simple yet powerful.

When we are kids we always hear this – whether it is school or college, everybody tells us that learning is very important. We begin to learn and we think that it is a process which will end one day and we will start enjoying. We always have this thing – When will it come to an end? When will we start enjoying?
But let me tell you it never ends. If you are thinking that it is going to finish in 2 years, it never ends. When you know it today that it is never going to end then the best way is to start enjoying it now. Learning has to become such an intrinsic part of your life that until and unless you start enjoying how to learn you will never become successful.

This is a very powerful statement that if you don’t enjoy learning, success will not be easy. Why do I say this? I say this because to succeed you need to have this cutting edge ability to know more than the people who are in your proximity, in your environment – it could be your city, it could be your state, it could be your country but in your environment of comfort you have to be better or you have to excel. That is something which puts a lot of pressure. However if we enjoy our enjoying suddenly the whole equation changes. It becomes fun to learn. I will share you few things how I could do this very effectively.

Right from my childhood what I used to enjoy is that if there is a class that is there tomorrow I would try and study that little bit at home. Most of us know what is the subject, tomorrow is this class, tomorrow is that class. If we can study that before hand. How can you study that before hand, you can’t. If you are going to school there are teachers they will teach you but what I find interesting was that tomorrow we are going to learn about say Newton’s first law of motion or whatever. Next day in the class how many people know Newton’s first law of motion? Of course it is something new nobody knows. But here is somebody who knows.

Suddenly you see that you are becoming somebody who will get noticed with a small act. It does not act too much. You are not probably understanding everything but you know more than others. You don’t know everything but yet in that class you know a little bit more. You have put in very slight effort. It is an effort which is very small but suddenly in that group you start to stand out. Once you have the guts to stand out your chances of becoming outstanding become much easier and simpler.

I always say that if you think what you say what people would think of, it is very sad, get out of that and learn to stand out. Learn to not think of what others will think of you. More often than not we are always worried of what the other person will think. Just do it. Most of the people run their life like chess. If I do this the other person will do this and they are thinking of 15th move. And just for that reason they don’t do. But the fact is you are anticipating other person’s move based on your mind. The other person’s mind could be completely different. And what you have thought of as 15th move actually just because of other person’s 2nd or 3rd move what you have thought becomes completely redundant. What do you do then? It is better to start acting now. Be it any act. It could be anything small but start now. Most of the time we think we will do one day but that day never comes and life ends.

By the time I came out of school I was already somebody who is a little finicky but I was okay with it. I was not disturbed with this fact. I came taking this decision of what to do now for making career. I thought what should I do. It had to be something creative, it had to be something different. At that time you could become a doctor or engineer or Chartered accountant. Then I thought architecture – that is fun. I checked School of Planning and Architecture. They take some 15-20 students all over India. I said let me try. I didn’t apply for anything. I didn’t realize that if I don’t get in then what.

But I was quite hopeful. I appeared for that exam and I was waitlisted. In those days, Delhi College of Engineering was something which we could get into based on our marks and not based on our tests like CAT. I applied there but then I thought this is not new, I want to do something which is different. My criteria of ‘different’ was nobody in my family should be into that, none of my friends should be doing that, none of our neighbour should be into that. I got hotel management and I joined that. At that time if you get into the kitchen people think that he must not be good in studies that is why he is here. People were getting scared to get into the kitchen, that again was something different. I said this is good I will get into the kitchen.

What I am trying to tell you that it’s not that every time I had done this with great vision, at the core there should be a vision and you should follow it with passion but you also have to smell that what would work in short term mid term, long term if you want to be successful.

I joined the kitchen and then I realized ‘kahan fas gaye’. Leave early in the morning and come back late in the night and then again go early in the morning. Salary was also not good. I remember my brother said, “What are you doing? You have brilliant mind, do C.A.” I said, “No. what I am doing is good” and I was sure that I will succeed in this also.

Let me share with you a small incident which happened on my first day of work when I went to hotel. We were 20 of us as management trainees as few were kitchen management trainees. On the first day of induction we were taken to different departments. Since I was the kitchen person so when we entered into executive chef’s room we were introduced to everything. He asked if, anybody wanted to ask any thing. Normally people don’t ask, but that’s not Sanjeev Kapoor. I said, “Sir I want to ask you one thing, how old are you?” He said, “I am 40. Why did you ask?” I said, “I just want to know to become an executive chef how much time does it take.”

I worked in different parts. I worked in New Zealand came back. In 1992 I was 27 years old, I got this opportunity. Somebody asked me will you go to Mumbai Centaur hotel. I said, yes. Centaur hotel at that time was a fantastic property but still as a chain, Centaur was not good hotel. Nobody goes there. I said if I get number 1 position in the kitchen I will join. I met with them. Their MD was okay he said but you will have to meet with Board. I met with the board. They all looked at me they said no we can’t make you executive chef. I said why? They said you don’t even have a single grey hair. I said but what has that got to do with the price of fish? They said “Sorry?” I said exactly it is as absurdly as this.

How could I do that because I had belief and I was willing to take chances. I was willing to do things differently. I was not willing to follow, I would not say rules but I was willing to take some risk but at the core, always learning. Learning to the extent that even today the amount of reading that I would do probably put brilliant students of today to shame. Because I believe that if you know more and everything around you becomes so much better. The respect that you get, money that you earn. Everything is related to your learning. However that learning has to be constantly enjoyable. You need to motivate yourself all the time.

When I went to Mumbai my dad always felt that I have not studied enough because hotel management is not study. B.Com is also not enough. I must do MBA. When I was 28 year old, where I was working the closest institute was NMIMS. I went there and checked. There was a master’s course. I joined. I was the oldest in that class I went through written exam, interview, group discussion everything. I joined NMIMS and went through that course in Marketing Management. It was fun for me. I was the oldest then but I learnt so much. Even today learning may change. What today motivates me is to learn new things. It may be just to learn how to dance well or how to sing. I want to learn flying next so don’t get surprised when you next see me flying.

Sanjeev Kapoor is a world renowned Indian Chef. This is an excerpt from his speech during AIMA’s Shaping Young Minds Programme held in 2010 at New Delhi.

16 thoughts on “What I did right – Sanjeev Kapoor, World Renowned Chef”