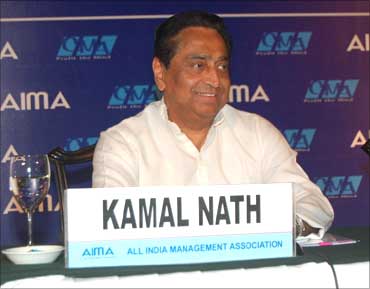 AIMA’s Foundation Day is also celebrated as the Management Day of the country. How much management has changed from the first foundation day and even from the 46th Management Day that happened 10 years ago?

Management of tomorrow needs to be sensitized. As we talk about the topic of sustainable development, I remember as the environment minister in 1991, where I tried to build awareness around environmental concerns in the corporate world. Companies were skeptical, they were skeptical about the fact that environment would effect balance sheet and profits. It was a huge task even to introduce unleaded fuel, I remember inaugurating the first unleaded fuel petrol pump. All oil companies back then said that unleaded fuel will be a waste and the fact that they have to waste tons in their refineries to gear them up for unleaded fuel. Slowly in India we started integrating our environmental concerns, constraints about sustainable developmentand built various processes within the government departments.

It is this sustainable development, which today moves on and is an area which corporates are looking at very closely. In my own ministry, we have the national mission on sustainable habitat. It’s important to ask this question to ourselves about urban habitat – how do we make them sustainable?

Today, 60% of our GDP is generated in our urban areas, not just the mega cities; I am even referring to the small towns, the tier 1, tier 2 and 3 cities. In the next decade 70% of our GDP will be generated in urban areas. How do we focus on making these urban areas sustainable? What do we do in terms of retro fitting? As we know that we have now about 53 cities with a population of more than a million, which will go up to70 by next year, larger than Europe.

We have 70% of new job opportunities that are going to occur in urban areas. We are seeing younger population moving to urban areas. So there’s this challenge of urban habitat, whether it’s about green buildings, electricity consumption, or urban water consumption. How do we go about rain water harvesting in urban areas?

Transport is a big guzzler and the quota of all energy consuming in the world is contributed by the transport sector. The rate at which motor vehicles are increasing is alarming, four times the rate of growth of population in India’s six major cities. The number of people using public transportation has dropped below 40% from 70% in 1994. Of course public transport must be of quality. We have embarked now in large metro projects in major cities. We are now in phase 3 of metro in Delhi. Delhi would have bid 440 kms of metro, which is larger than the London underground. When we talk about future, the challenge of food is a very big one. What does 8% growth mean? 25 million people move from having one meal a day than one meal a day. How do we ensure food for all?

We have to see what is specific to each city and come up with solutions. How do we create the greens? What is most efficient for sustainability?

There are conflicting views on this. Sustainability is an evolving challenge. I am delighted that AIMA is evoking this thought.

Kamal Nath is Hon’ble Union Minister for Urban Development, Government of India. This is an excerpt from his key note address at AIMA’s 56th Foundation Day held in New Delhi on 21st February 2012.