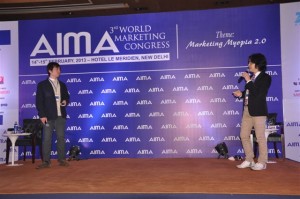 Digital is not a medium to express but it is the tool that we should use to integrate the diverse marketing media of business.

Here are some of our tips for digital advertising:

With traditional advertising we create a message for our target audience.  But it is one way communication and now we have to design campaigns to engage people. Contact points are everywhere on digital medium whether it’s PC, mobile phone, social media or websites.  We have to focus on these contact points to design our campaigns. Experience provides deep brand attention but at the same time we have risks. Through digital medium we ask people to invest more time & effort & if the content is boring brand image can be easily damaged. So digital advertising can be really good for your brand if you can make good and interesting content for your brand online. Digitally we are engaged in high-risk & high-returns activities.  The content must be extremely useful or extremely emotional

Here are some examples:

This campaign focused to create brand awareness about Sony’s new LCD Bravia TV . Sony building in Tokyo was turned into the color you want.  It presented a new way to communicate messages in the internet era. This project allowed users to “color” Sony building located in Ginza, the cultural centre of Japan, from wherever they are. The same was followed by a Japanese mobile phone company to launch its smart phone where it offered people to control the color of the building from their mobile which was followed by launching their phone through a live event.

Uniqlo is a casual wear designer, manufacturer and retailer. When they opened a new store in Japan they created a digital marketing campaign where customers virtually lines up online and every 26th customer worth of coupons. People who didn’t win can try again. It offered a unique experience and it trended worldwide on twitter. Uniqlo set a single-day sales record of more than 10 billion yen in Japan. It was very simple but totally new idea on web.

To help the tsumani victims of Japan in 2011, Google created this project  to recover memories that the victims had lost.  Victims were asked to tell online the memory that they wanted to recover and the memory request was shared through banner ads, newspapers & TV commercials. Google created a service to upload and share memories on youtube & picasa. People got to experience the city before & after. Result was that people from all over Japan answered to the voices and requests of the Tsunami victims. It proved that power of cyber can change the world and it helped to recover the memories of victims & to restore their hope for future.

All of these four projects had unique experience that people had never imagined.

In traditional advertising the brands want to deliver the message directly to the customers. Today things have changed, now we want that the message should be discovered by the audience on their own. As a facilitator we need to give hints & clues so that the target customers can do it on their own. In this way people feel a sense of accomplishment without giving any instructions to them.

Digital strategies have completely changed the way we advertize now. In traditional media we used to go with the plan. But with digital media we need to be flexible according to the live feedback of our customer on social media. The content is quasi beta edition. So, we have to fine-tune the content and change the budget allocation too even after the campaign is launched. We need to budget the contingency plan. We need to keep in our mind that new innovative ideas always receive negative reactions.

Recently advertising has become boring as we are focusing too much on digital. The brief from client always states: use social media or mobile app or get a lot of fans. Digital is all about numbers. Digital sometimes makes us myopic. So, forget digital & forget numbers and always remember that it is not the technology but the idea that attracts people. Take care of the emotional factor too and not just number for any digital campaign.

It’s people who drive digital. Not numbers. We have to design human touch behind the technologies. Also, the client and the agencies have to trust each other to make a marketing campaign successful.

One thought on “Tips to be followed in Digital Marketing”