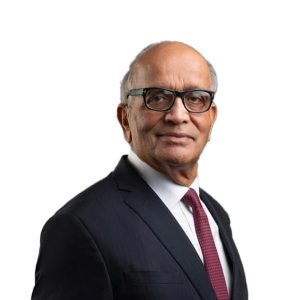 If Indian companies want to be a part of the global competition that is rapidly growing, they have to change their management style in order to thrive in the global market said Mr. R C Bhargava, Chairman, Maruti Suzuki India Limited at AIMA’s LeaderSpeak Session.

One of the pioneers of the Modern Automotive Industry in India, Mr. R C Bhargava, Chairman, Maruti Suzuki India Limited has advocated that more than the ownership of the company, it is the attitude and competence of the leadership that determines its character and its achievements. A Padma Bhushan Awardee, Mr. R C Bhargava efficiently deliberated AIMA’s LeaderSpeak Session on- ‘Management System and Competitiveness in India’.

Mr. R C Bhargava said that the “management system” was something that has concerned him for a long time. He narrated how in 1950, the Government adopted policies that did not permit any kind of management excellence to be developed in the Private Sector, or for that matter, the Public Sector.

As far as the future growth of the industry is concerned, it has all to be Private Sector led. However, in the period from 1950-1991 because of the closed economy, licensing policy and Monopolistic and Restrictive Trade Practices (MRTP), Managers had no scope in anything except manufacturing and distribution.

However, after 1991 things partially changed a little but the socialistic beliefs were still prevalent. The Government though actually created an atmosphere for competitiveness to happen and a few companies in the Telecom Industry, Hospitality Industry, Airlines, and Automobile Industry indulged in competitiveness, they then grew to become globally competent.

The trust between the people of this country and the industrialists gradually disappeared because of the growing prevalence of tax evasion, and black money generation. The gap between the rich and the poor kept widening. Even after 1991, manufacturing growth remained low, Policies were not conducive to promoting industry growth, and doing business was almost as hard as ever.

He also mentioned that after Mr. Narendra Modi became the Prime Minister, there has been a change as he was vocal about manufacturing and industrial growth being a priority as that is the only way to create adequate employment in the country. The thought has been now backed by a whole lot of Reforms and Measures to make doing business in India much easier. The situation for the Private Sector has been far better than it has been in the past as the Government is working hand-in-hand with the Industrialists to build the Private Sector.

The role of the Government has to foster an environment of competitiveness. However, keeping competitiveness alive is the Management’s task. Management is all about managing resources in the most productive manner possible and making things work in one way or the other. And Management cannot ignore the economics, politics, and social culture of the country.

The Industry has to project itself in a manner that if we grow and scale up it will be for the benefit of the public as there will be more employment opportunities, and also that the economy of the country will improve.

The Industry has to be run with the objective of growth. Secondly, it has to maximise the use of resources. Thirdly, the Management and the employees have to work as a team to maximise the potential of the Company so that it can progress to bring greater progress.

Lastly, Mr. R C Bhargava concluded by saying that if Indian companies want to be a part of the global competition that is rapidly growing, they have to change their management style in order to thrive in the global market.