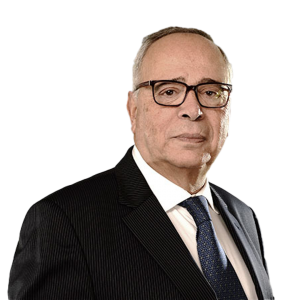 India has taken steps to reshape the global supply chain, but it needs to accelerate its efforts to play a much bigger role and put itself on the map, said Mr. Claude Smadja, President, Smadja & Smadja Strategic Advisory, Switzerland and Former Managing Director of World Economic Forum- WEF at AIMA’s LeaderSpeak Session.

AIMA had organised a LeaderSpeak Session on- ‘Global Business and Economic Outlook: The Implications for India’ and Mr. Claude Smadja threw more light on the topic with the richness of his knowledge and experience.

He started by saying that the global economy stands on optimistic grounds. And with the USA and China being the 2 largest economies they are only acting as drivers to accelerate global economic growth.

The pandemic slowed down the global economy with the prevalence of unemployment and rising number of casualties. The production of vaccines created momentum for growth. Besides, the growth of local and small businesses did not decrease the numbers of the global economy alarmingly.

The recession was also a result of something that was unprecedented as a result of which there was a huge social dislocation. There has to be acceptance of the fact that the pandemic has incurred damages to the organs of many people and the skills that existed also vanished.

On the other side, there were scenarios of emerging global markets including India to be destinations of investment for Global Investors. He also added that the assumption due to inflation, the tax rates would be increased by Central Banks, was not to be believed. The Central Banks would not be maneuvered by the economy slowing down and unemployment rising, to increase the tax rates.

On India’s plight to be self-sufficient or ‘Atmanirbhar’ Mr. Claude Smadja said that the goal should not be pursued blindly and feel achievable, as India has yet to have the resources to make itself self-reliant. However, as an alternative, it can achieve greater integration into the global economy, he added.

However, the areas that India needs to work on excel to become a global player according to him were, the Automotive, AI (Artificial Intelligence), Pharma, Biotech, Aerospace, and Software. Elaborating on his viewpoint more, he said that the Service Sectors are also driving India’s economy. FinTech has made tremendous growth, Digital Health Services are also doing very well.

Lastly, to tackle the unemployment rate in India, Mr. Claude Smadja said there should be an effective Industrial Policy in place, which means that you have “to synergize, co-ordinate and synchronise between Education, Tax, Trade, Research and Development Policy” to solve the issue.