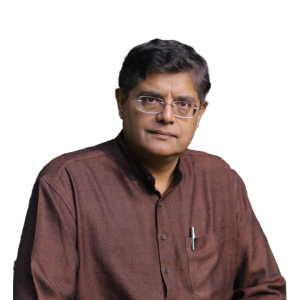 India has been unleashing its economic potential, and efforts have been to an equitable share of dividends, said Mr. Baijayant Jay Panda, National Vice President and Spokesperson, BJP at AIMA’s LeaderSpeak Session

Mr. Baijayant Jay Panda started the Session by saying that India is not only one of the largest but also the most diverse countries in the world. One of the biggest challenges has been the equitable share of dividends. Even Post Independence, India pursued mostly socialist policies. Places like Kolkata were industrialised and so was Bihar.

There has been a disparity in the socio-economic indicators like the population growth rate, literacy, education and various other factors. The old attempt to fix this through a Command Economy did not work. However, over the past three decades, India has been unleashing its economic potential, and a huge thrust has been given to infrastructure.

Hence the policies that are working towards “regional inclusion and broadening the base of India’s economic growth base” are the Goods and Services Tax (GST) and Jan Dhan-Aadhaar-Mobile (JAM) Trinity.

GST was a fundamental shift. It went from having 70 different layers of taxes to about 4. It had teething problems getting into form, but today it has made a dramatic difference to Indian economy.

As far as the JAM Trinity is concerned, it was introduced to provide financial assistance during the Covid lockdown. Its interlinkage with the mobile-linked Aadhaar scheme has facilitated the swift transfer of money into the bank accounts of beneficiaries without pilferage or corruption. It is acting as a safety net and helping millions who need immediate monetary aid.

The poor are concentrated in certain parts of the country like in States like Jharkhand, Odisha and Bihar. However, the Government is also making efforts to address the issue. Under the Deendayal Antyodaya Yojana, aided in part through investment support by the World Bank, the Government has created efficient and effective institutional platforms for the rural poor, enabling them to increase household income through sustainable livelihood enhancements and improved access to financial services.

Now, more than 80% of Indians have access to banking through brick-and-mortar or electronic accounts. Also, several states in the northeast didn’t have a Railway Line but many have been facilitated with Railway Lines now. The BIMARU states including Bihar, Madhya Pradesh, Rajasthan and Uttar Pradesh have undergone tremendous progress over the years.

Lastly, as an assurance, Mr. Baijayant Jay Panda also said that malnutrition has been conquered in India already but there are still developmental deficiencies in children, especially girls were prevalent, that have also been widely addressed.