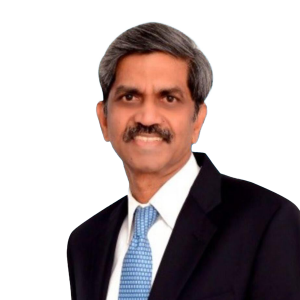 “An individual is solely responsible for his career,” says Shiva Shivakumar, Group Executive President, Corporate Strategy & Business Development, Aditya Birla Group. However, he also belted out tips on how to handle the career dilemmas from his new book- ‘The Right Choice: Resolving 10 Career Dilemmas for Extraordinary Success’ at AIMA’s 39th LeaderSpeak Session.

Shiva Shivakumar’s opening note about the book was that it was a timely self-help book for the current times. It was written in view, for the readers to weigh their career options for the uncertainty caused by Covid and the technological change that it brought.

Adding his own personal opinion, he said that a book is written for a targeted audience but many people pick it up. He also said that the launch of his book was received with a lot of excitement resulting in it being a bestseller. However, in the course of time, his book also got mixed reactions from people, though he said that he had solely written his opinion and experiences in the book.

Given his background, it would have been expected of him to author a book on business strategies or thought leadership, but why did he choose this particular theme on a softer aspect? And what was the reason behind featuring the 24 individuals in the book?

Answering the question, Shiva Shivakumar said that the concept of a career has changed over the years. In the 1960s, the average lifespan of a company was 60 years, but it has reduced to 20 years now. The study-employment-retirement cycle has also changed its nature. The fundamental question often asked by professionals is, “If a lifespan of a company is 20 years and my employment lifespan is 40 years, then who manages my career?”. The answer, however, is “you yourself”. A professional has to decide meticulously when planning a career while also considering the related issues; providing for the family, educating kids, taking care of aged parents and more.

He said that he wrote the book with all these dilemmas in mind. And one of the things that he noticed about writing a Management Book was that they are “dull and boring” as they lack emotion for not having a “people element” to them. So, that is why he featured the 24 individuals, who narrated the career stories of their dilemmas, struggles and successes. The idea was to bring in the flavours of honesty and empathy.

The line- ‘A career is lived forward but understood backward’ is clearly underlined with some mistakes, learnings and lessons. So, what were the mistakes that Shiva Shivakumar made and what were his learnings in his career? Shiva Shivakumar opened up about how he went abroad a little late in his career when was the CEO of Nokia. He also said that during his transition from the FMCG (Fast-moving Consumer Goods) Sector to the Technology Sector, he had mixed feelings. He also realised that the FMCG Sector is not his strength, but working with people, growing the business, adding innovation and building ecosystem partnerships were his actual strengths, and he doesn’t regret his decision. However, he said that the regret that he has was that he could have left Nokia earlier but he had deeply invested his emotions there so he extended his stay, as Nokia had given him much and he had given his best to Nokia. Ultimately, he moved on and he had to find his own path.

So, what was that one career dilemma that was particularly challenging for Shiva Shivakumar, as a CEO? Answering the question, he said that when you’re a CEO people think that you have a wonderful job as all you have to do is give orders. That is absolutely not true as you have to work with people and their emotions. Sometimes, they support you and sometimes, they let you down. He said that his approach is putting the company 1st, the Team 2nd and himself 3rd. He talked about people not being supportive of him but he justified it by saying, ‘if someone lets you down, there’ll be 10 people who will stand by you”. He also pointed out that the dilemma that a CEO can face is also taking up the responsibility and not being able to commit.

On a societal level, what are the cultural factors that impact the way dilemmas are perceived and handled? Culture plays a very important role in triggering dilemmas. In India, a minuscule number of people disagree with their Boss. People who are sure of themselves and their potential will only disagree with their Boss. Besides, if you have a Reporting Manager above you, you will never approach the Founder or CEO in a hierarchical culture. In India especially, we are quick to judge people positively or negatively, we don’t give accommodation to people at all. The cultural nuance is also that women have to be paid lesser and that approach has to be changed.

Lastly, how important are reflection and self-awareness in career success and to be successful as a leader? Shiva Shivakumar concluded the Session by saying that he has been a mentor to many and one learns from the dilemmas they go through. Each one of the people listed in the book has their own story to tell. Being a team player and being collaborative is essential to be successful, but even more important is to be self-aware and self-reflective.