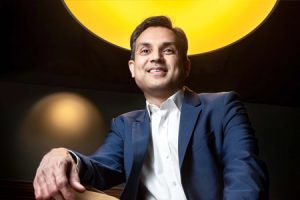 Every industry, every company, all of us have become more digital. Just to take a personal example imagine and remember what you were doing five to ten years back and your life today as an individual and as a professional and the number of skills that you have intuitively picked up over time in driving your own work today.

The big question around tech adoption is basically what platforms you use and how much do you use of those platforms? So if you ask how we think about tech platforms today, there are a lot of platforms available to simple ones that you use daily like social chat applications, maps, search that you use on the internet or it could be some applications that you use for your productivity or even to track weather data or any other news.

END_OF_DOCUMENT_TOKEN_TO_BE_REPLACED 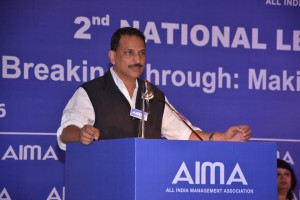 “In past two days’ sessions, I believe many issues have been talked upon. I was going through the agenda. For this concluding session, I was invited to speak on something which is possibly being talked a lot these days. Well, much more than I think I have been doing in my ministry, I have become votary in this campaign put up by the prime minister. Skill is something which is possibly a part of life which most of us would not recognize it. Why skill has become so important and why did the prime minister decide to create a separate ministry for skill is something which intrigued me because when I was given the charge to begin this ministry, it came as a department when the government was formed and subsequently elevated to become a full-fledged ministry. So the issues which were being discussed and when I looked into certain statistics, I thought that this possibly could be the reason why the prime minister thought let’s create a separate ministry. It’s not that skills were not happening in the country. There were skills which were existing. But why did the prime minister and one of the basic statistics which reveals if you look at China or United States of America for that matter or the United Kingdom. Today the United Kingdom is out of the work force 63% skilled. If you look at Germany, out of every 100 people, 74% people are skilled, skilled to get employed. Look at Japan, its 80% of the workforce is skilled. If you look at Korea now, 96% of the workforce is skilled. The National Sample Survey organization of India reveals that in India, its just 3.5% of the workforce is skilled. This is something which possibly has drawn the attention of the government. Even if you add all those traditional skills which existed in the society and which has not been mapped, it would not cross more than 5-6%.