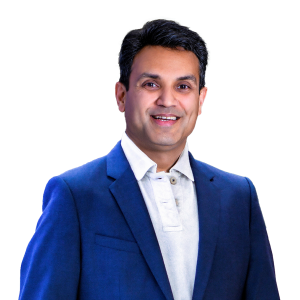 Much can be talked about digital skilling, but “it starts with each one of us”. Each one of us has to think through what we need to do to be a part of the digital transformation. We need to have a growth mindset when embarking on a continuous learning journey, said Mr. Anant Maheshwari, President, Microsoft Corporation India Pvt Ltd at AIMA’s LeaderSpeak Session.

While digital has become the preferred way to operate even after the opening of the economy post-pandemic. This makes it necessary for everyone to have the skills to do most of their work remotely. However, the bulk of the workforce has limited access to or knowledge of digital know-how, so there’s a pressing need for digital skilling.

Microsoft played a major role in enabling remote work during the Covid outbreak and Mr. Anant Maheshwari, President, Microsoft Corporation India Pvt Ltd. was one of the key drivers of the Company’s Global Programme that trained 25 million people in digital skills. He made a provision of free digital lessons to Indian workers and helped many Indian schools with tools and training for online education.

AIMA had organised a LeaderSpeak Session on ‘Skilling for The Digital Future’ and Mr. Anant Maheshwari was rightly qualified to deliberate the Session.

Mr. Anant Maheshwari said that 3/4th of the data is not analysed in organisations and also the amount of data that we’re producing as a planet is multiplying at such a rate that we can no longer hold it manually, hence there is a need for digitisation.

He said that the first step to digital skilling begins with the concept of ‘Tech Intensity’ which is a simple equation that is applicable to us as individuals and also the organisation. However, it goes without saying that each of us have become digital in some way or the other compared to how we were five years ago.

Tech Intensity is basically a mix of 2 components-

Tech Adoption is mostly about how much tech have you adopted in your life. It could simply be about social media platforms, e-commerce portals, google maps etc. As for organisations, there are many platforms that they can adopt in order to function digitally.

In an organisation, 2 different people can be provided with the same tech tools, but it is the unique tech capability they build of their own through those tools. Hence the mix of their core skills and the tech skills combine to be the ‘Tech Capability’.

The components go on to conjure up “Trust” in the technology of the organisation. And the trust is made up of the factors, below-

Mr. Anant Maheshwari said that as businesses are growing, laws are also being written on digitisation like, “how will you manage your digital capabilities/estate?” The business models that are created today are being judged by the laws that are being written, hence digital skilling becomes even more imperative.

Digital skilling is not just about creating new skills but also about the upgradation of new skills. There has to be a 360-degree approach to skilling the ecosystem. This involves educators, jobs that don’t have the inclusion of digitisation but need to be upgraded. It requires truly enabling every segment of the country in order to have a digital economy.

He cited the example of how Microsoft has taken initiatives to skill 1 million students in AI by 2021. The company has also set up 10 Digital Labs in Higher Educational Institutions to train Educators.

As far as upgrading skills is concerned, it is all about creating a system of learning that will help empower everyone who wants to pursue lifelong learning. An organistion alone cannot close this gap, this requires the partnership of the ecosystem across stakeholders. Microsoft for that matter has been working with the Public, Private and Non-profit Sectors in India to create a vibrant ecosystem that prepares everyone for a tech-enabled future.

Microsoft also launched Digital Governance Tech Tour in line with the government’s “digital India” vision. The initiative comprises a series of physical and virtual workshops and aims to train 5,000 personnel over a period of 12 months.

Lastly, he said that we can talk so much about digital skilling, but “it starts with each one of us”. Each one of us has to think through what we need to do to be a part of the digital transformation. We need to have a growth mindset when embarking on a continuous learning journey.