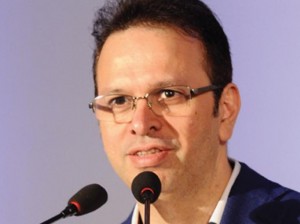 AIMA conducted its AIMA Young Leaders Retreat with the theme “Leading in the New Order – Modelling Global Leaders” achieved its objective to create a vision for today’s young managers, who are poised to become tomorrow’s leaders. In his session about effect leadership communication, Roshan Abbas gave an example of Alexander, The Great. It is said that right before the battle Alexander was walking through his troops and he sensed that something was not right. People were seemed almost stuck as like saying what we will do, will we be able to do. So he gathered all his troops together and said I will give you a mantra and this mantra will change your life. He walked up and whispered into the first person in their entire troop that tomorrow morning you have to remember this and said something, and then that passed on to others one by one in that manner. And suddenly everyone was wondering what is going on, what Alexander has told this guy that will make them win the battle. He said to kill the enemy leader. And in the morning all the soldiers started moving with a single aim to kill him and he got scared and fled away. That’s how the battle was won by Alexander. So one simple message communicated by the leaders of the thousands that made him leader of the millions because he was just able to do it at the right time, to give them a one compelling vision and make sure that they would able to deliver on it. I hope you could do that with your lives as well.
Question was raised authenticity is the key right now. Whatever you say quickly gets up in social media. And whatever you said is not authentic, lies get caught very easily in this era. Acknowledgement is a must if someone comes up for e.g. say this thing of yours didn’t work, you must acknowledge it. So through communication, building an authentic type of leadership is important. Other factor which is important is that you have to discover the digital native in you, you have to be on communication platforms or where else your leadership leads to? You really need to partially immerse yourself in the digital universe. Authenticity and Understanding the medium is absolutely critical.
In this world with the data smog, he added, information that is well presented and well managed is a style anybody should carry. There is so much data out there but presenting your data in concise is one important aspect. To craft messages which can pass on easily follows it. Like in those days what Alexander did, he crafted a message which passed on easily and gone across the people. Rest of it would be your own communication style. There are the two different style of communication – visuals or words. That’s our own unique style as well. So there are multiple styles, but you must find your own style.

One thought on “Leave Them Speechless: Effective Leadership Communication by Roshan Abbas”