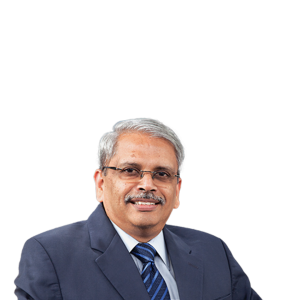 AIMA had organised its 61st LeaderSpeak Session on the theme- ‘India’s IT’s Revolution- A Marathon Well Run’. An integral part of the past, present and the future of Indian Technology Sector, a global business and technology thought leader who is well known for his role in growing the IT services industry worldwide, Mr. Kris Gopalakrishnan, Chairman, Axilor Ventures and Former VC, Infosys rightly deliberated the Session.

Mr. Kris Gopalakrishnan started the Session by sharing a few insights about his much-acclaimed book, ‘Against All Odds: The IT Story Of India’, which is about an insider’s account and an anecdote-rich history of Indian IT over the last six decades. The book also taps into the first-hand experience of Mr. Kris Gopalakrishnan and other stalwarts who built and shaped the IT Industry.

Also conceived as a book on business history, he spoke about how the book analyses the evolution of India’s IT sector and helps readers understand the importance of collective efforts in building world-class sustainable institutions.

So, how far has the IT Industry come in terms of growth and economy? Mr. Kris Gopalakrishnan also looked back at all the persistence, resilience and hard work that was put in, to shape the IT Industry and was delighted at the fact of how the Industry has “created 5 million jobs and has become a global Industry” and is yet focused on profitability and sustainability.

He also spoke about how IT and IT-enabled start-ups have helped make India the 3rd largest and fastest-growing start-up hub in the world. To chronicle the journey of IT, he had also launched ‘itihaasa’, a first-of-its-kind digital app that recounts the history of Indian IT since the 1950s.

Not all of us would know who were the earliest IT entrepreneurs, when the first modern computer arrived in India, or even when programming was first taught in India and how education in computer science evolved. One of the largest chronicles of its kind, ‘itihaasa’ has 600 videos that feature 44 technology stalwarts who trace IT Industry’s incredible journey from installing the country’s first modern computer in 1955 to crystal gazing on Indian IT in 2040.

Lastly, Mr Kris Gopalakrishnan said that having the largest share of India’s GDP, the IT Industry is also the largest private sector employer, and will always remain dedicated to nation-building, creating jobs, wealth creation and accelerating the economy.