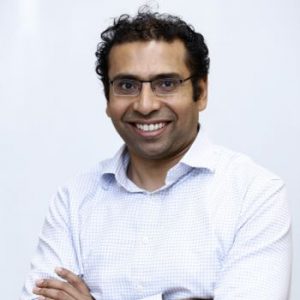 ‘Monopoly’ is not a good word to reckon with, however, companies are going for a paradigm shift to own the “monopolistic” identity. India’s biggest monopolists keep a low profile, they drive low-cost cars, they don’t make appearances for movie premieres or buy cricket/football teams. He further adds that the psychological approach of a monopolist is to be grounded and focused, rather than being caught up in the media hype.

A monopolist who endures is also someone who has relentless hunger. A classic example, Harsh Mariwala, Founder & Chairman, Marico, talks with the same hunger for the growth of his company as he would do 20 years ago. “If you keep yourself hungry then the country can give you endless growth opportunities,” says Mukherjea. And what is more interesting about it is that it is harder to keep yourself hungry than to enjoy what you have in plenty.

On the flip side, the concept of monopoly is not something that has gone down well in society. The view is that the rise of digital monopolies is now killing competition. So, should competition laws play a role in changing the negative impact monopoly has on society?

The legacy of socialism has a role in this as it endorses the view that the government and social sector do a fair play, while the private sector focuses only on profits, says Mukherjea. The CPI (Consumer Price Index) Inflation in India is 6%, and a typical monopolist hikes prices by 1-2 % to suffocate its competitors’ profit margins by 4%, with a goal to bankrupt them in 5 years. The leading monopolists give their customers a super deal not only to gain their loyalty but to make their competitors impossible to enter the market. Google, for example, tops the line of monopolistic search engines. There isn’t a name bigger than itself when it comes to searching for information for ‘free’. The private sector monopolist gives his customer a fabulous deal for his selfish benefit to destroy his competition, which is impossible for public sector enterprises as they don’t have a return on the capital of 45%.

The monopolist uses his high FCF (Free Cash Flow) to invest heavily in distribution. 97% of the baby milk powder market, for example, is controlled by Nestle. It has propagated its product deep into the country. The Swiss giant is by far the best in the industry. While the tried and tested socialistic model didn’t bear fruitful results, the rise of the monopolistic movement also gives the Indian consumer a better deal.

Where financial services are concerned, in the last 20 years, the State Bank of India’s return on equity hasn’t exceeded its cost of equity in a single year. Its pricing is low compared to Bajaj Finance Ltd. In standard retail banking business, it would not be able to match an HDFC Bank even with its brilliant branch network, technology, or fine management. And it all boils down to ‘incentives’. The junior management in Bajaj Finance Ltd. or HDFC Bank is incentivized to perform. If they perform well, they’re rewarded and fired if they don’t. They allow the management to set high targets and once they achieve those targets they reap attractive rewards, if they don’t, they’re shown the door.