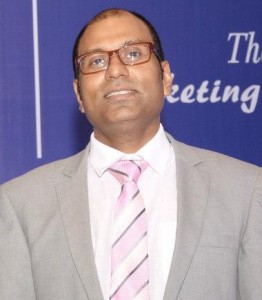 Henry Ford has been known for producing the mass production system in the American history. He is known as the most senseless and the most brilliant marketer at the same time. Senseless because all he gave to the customers was one black car and brilliant because he could create the production system that could create a car for 500 dollars, and he could sell millions of them. Henry Ford was a real marketer; he did not produce a 500 dollar to produce an assembly line. He actually figured out if he can produce a 500 dollar car, he would be able to sell million of those to the customers. So he kept the customers in mind and focused on a low cost production system. So, there’s a fine line between the customer & the product.
Not the strongest, not the most intelligent but the most flexible species will survive in today’s world. People from big publications think that they are in the business of newspaper; in fact they should focus on the news rather than the newspaper. Newspaper was a medium that was convenient some time back. The consumer today still wants news, they still want credible news from the trusted sources but the medium has changed due to advanced technology. Consumers are changing & they are adapting themselves to the current changes in the environment.
The entire world around us has changed. There was a time when whole family used to watch Doordarshan and there used to be no fight over the remote control. We still watch TV but the medium has changed with so many customized options available for everyone. Kids love to draw and they now draw on a tablet/laptop with much more fun. It’s refreshing, easy and with so many options. The reading patterns are changing with invent of e-books. Very less people go to actual book stores these days. Now we define people with their social following on FB & twitter. Social media has enabled people to connect in the easiest way. In fact social media has a huge affect on relationship these days. We used to bday wishes on cards, today we get bday reminders on phone and Facebook. Everything is becoming so mechanical. People today are so concerned about the likes, comments & share they get on their posts that the get worried if they don’t get any.
All the mediums are converging, News is now online instead of news papers & TV is coming on internet. Everything is integrated. It’s a different world now but what is common in all of them is the customer. The products would change but the customer would remain the same. Customers are evolving and a business cannot be bigger than a customer. Big names in the business of phones, FMCG etc are focusing on and responding to their customers.
We have to always keep in mind that how do we want to reach our customers? If you are working in news industry, you are not here for newspaper business but for a content business. People buy newspaper for the content in it. Here are a few examples from across the world which touched the customers without talking about their products:
1. Each time you sleep with someone, you also sleep with his past – An Ad for get yourself HIV tested.
2. Heiniken: social networking since 1873. – An Ad to tell everyone that nothing is new in social networking as Heiniken is doing it since 1873
3. You eat what you touch – Lifebuoy, here they did not force customers to wash their hands but they focused on the issue of hygiene.

So, the question is if we are really connecting with the customer or are we just focusing on our product? Today our competition landscape is so blurred so we need to identify our competitors in right fashion as till the point we can define that landscape and keep the focus on the customers we cannot be successful.

At the end, here’s an interesting poem for all of you:

The above article is an excerpt from the speech delivered by Mr. Gyan Gupta – CEO, Dainik Bhaskar Digital Business at AIMA’s World Marketing Congress which was held in February 2013.