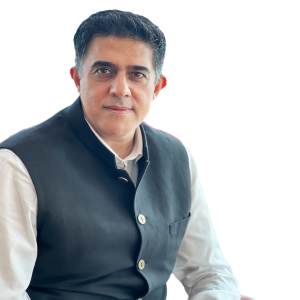 The evolving technology and the introduction of 5G has only fueled the growth of Metaverse.  People are already connected and are engaging extensively through social media, metaverse adds an extra dimension to it by making it more immersive, said Mr. Rajan R Navani, Vice Chairman and MD, Jetline Group of Companies, JetSynthesys at AIMA’s 60th LeaderSpeak Session on ‘The Metaverse Conversation’.

The idea of the metaverse was popularised in science fiction a few years ago and in recent years, Hollywood films have given us a glimpse of the possibilities of a metaverse. Now, there is a spate of forecasts about metaverse technology’s potential to expand the business and the economy. A report suggests that the metaverse economy could be worth $13 trillion by 2020 if it can be integrated with mobile phones. Corporates can foresee huge opportunities to build virtual empires of their own and are studying how to develop metaverse properties and how to monetise those.

One of the leaders of the Indian efforts to develop metaverse technologies and apply those in entertainment and commerce, the National President of the Indian Gaming Society, and also a successful industry leader, Mr. Rajan R Navani, Vice Chairman and MD, Jetline Group of Companies, JetSynthesys, has been the champion of leading the ‘India At 75’ Cause and is passionate about the Social Sector, and is involved in many projects. And he was rightly qualified to deliberate AIMA’s 60th LeaderSpeak Session on ‘The Metaverse Conversation’.

Mr. Rajan R Navani started the Session with a note about Web 3.0, which he said is the fundamental shift or the foundation on which the entire “metaverse conversation” or the entire world of crypto is based. Now, we have the ability to own digital assets in the Internet world, and blockchain technology is a crucial enabler for ownership, paving way for massive value and assets that cannot be fathomed at the moment.

The notion of the young generation is that they do not want to hoard property or assets in the physical world, but they’re keen on creating value for the future in the digital world on the Internet. And “the shift” is happening globally, with people trusting the Internet more than the real world. This is primarily due to the fundamental shift that has happened in blockchain technology and the ability to control that value in a very decentralised manner.

The 2nd Big Shift is the centralised ability of interaction and the fear that one company knows everything about myself has also moved a lot of people, especially Gen Z to rebel against that in a way that the entire blockchain system really gives governance in the hands of those who are part of the chain. The “beauty of it being” is that the “value and assets can all be programmed”.

The decentralisation that Web 3.0 brings is a very powerful aspect of Web 3.0, and somewhere down the line even corporations may drastically shift and change. $300 billion has moved and transformed into a world that has created trillions of dollars of value.

Moving on to future consumers, he said that their behaviour has to be mapped according to what technologies will they adopt with what speed. Besides, Mr. Rajan R Navani firmly believes that the economy of any area defines how people engage in that space. Today, it takes about 10 minutes to translate crypto value into real-world currency. The day it becomes instant, there will be a huge shift, he forecasted.

Mr. Rajan R Navani also gave an example of Facebook, which is a social network mainly for personal connectivity, and now that it has been renamed Meta speaks volumes about how people are already connected and are engaging extensively through social media, and metaverse only adds an extra dimension to it by making it more immersive. Besides, with improved AR devices and the availability of high-speed internet through 5G, the whole experience will become seamless.

Finally, talking about companies adopting the metaverse approach, he said that interactivity and interoperability between the physical and virtual worlds will disrupt the way the future shapes itself. However, “it is up to companies as to how are they going to engage the metaverse to make the most of it”. As for the government’s move to the subject, metaverse as part of any business should be a “global conversation” because metaverse will soon be a mechanism through which consumers and businesses will interact, he concluded.