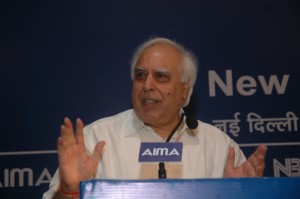 I think the greatest risk taker in life is a politician, because even when he detects the risk, the emerging risk, he cannot avert it, but embraces it, and then at the end attempts to manage it. So, I think if you were to do studies on the life of a politician, and how knowingly he embraces risks and manages them, it will be a great study for management institutes.

Knowing well that you are at risk all the time, you should constantly be conscious of the fact that you have to manage it if you want to survive, and that we try and do in our daily lives. But that’s of course at the individual level. When you get onto a plane for example, there is very little you can do, because you cannot manage that risk. There’s a machine that flies you, there’s a pilot who takes care of the machine and you are at the mercy of someone else. So, someone else is managing your risk, because he has to make sure that you actually reach the point where you want to go, without risking your life. So, in a sense, somebody else is managing your risk. Then, of course, when you go to larger entities like social structures: the state, the national and the global economy, there is nobody who is managing that risk for you.

It’s the sense of key stake holders running a particular system that helps manage things and you are constantly confronted with all kinds of risks when you run that system because there is no way to manage it. If you were to manufacture a perfectly efficient Boeing 777, you manage risk, because you do all kinds of trials but when you are running the global economy or even the Indian economy, it’s very difficult to know where it’s going to land you if the price of petroleum goes to 135 dollars. I cannot say what is going to be the price of crude oil if I import it one year from now; it may reach 140 dollars. Something may happen in the Middle East – some supplier of oil may be stopped from Iran for whatever reason that may happen in the international world and suddenly we go out to the global market and find that we are going to import crude oil for 150 dollars. How do you manage risk today for the import bill of a crude barrel at 150 dollars?

There are certain aspects in life that cannot be managed. They are managed because of the fact that there is something called the global economy working. The global economy works on the basis of certain presumptions; certain key systems that are put in place which are the global financial mechanisms like the World Bank, IMF, etc.
These are the varieties of risks we face as individuals, as families, as states. Of course, I do believe – in the context of the enormous changes that have taken place in the 21st century – that the qualitative nature of the risk is changing. If I were to ask myself the question as to whether we are a safer place to live in today as opposed to the 20th century, I wouldn’t know what the answer is when we are confronted with things like terrorism.

The world is interdependent, but the world has not realised that it must be more collaborative in order to deal with the risk of interdependence. The risk of interdependence involves many things; take for example the social media revolution that has happened in the world – Facebook, Google, and Twitter. See what happened in Wall Street, the Middle East, in Egypt, in Yemen, in India – the Anna Hazare movement. We have a new means of communication, in which it flows from one part of the world to another without being interrupted in any form and this new form of communication allows us to access any kind of niformation in any part of the world. The result is that it is a new form of power that is getting stronger and stronger outside the system because there is no way to manage that and you cannot control the flow of information from one part of the world to another.
Now, when all this happens, it’s a great boon and it allows for enormous interdependence but at its heart is a great risk because the very system which will be the kernel of information exchange can be at risk. Suppose, you were to inject a virus in the electricity distribution system which is in digitized form, you can imagine the kind of havoc it would cause.

As we move along that road, is somebody thinking about the issues that are going to confront the 21st century? The answer is no. Because each company is interested, at this point in time, in lowering costs, referring to the corporate sector. Are they thinking in terms of spending ‘x’ amount of money to make their system secure? The answer is again no. Very few corporate houses are actually spending a lot of money to make sure that their system of information is secure. Otherwise, a lot of hacking takes place on a daily basis.

Globally, we must sit down and ask ourselves the question – What do we need to do for the rest of us to make this world a secure place to live in? In India, 400 million children are less than 15 years of age, which is more than the entire population of the United States of America. In 2020, the average age of an Indian will be 29 years; we will be the youngest country in the world. And yet out of every 100 children in the age group of 18-24, only 17 reach university. If it were to go on as they are, only 17 percent of this 400 million children will reach university. If they don’t have a university degree, what are they going to do? When they grow up, they are going to need a job, and if they don’t get a job, what are they going to do? They’ll be on the street. They will be victims of all kinds of extra-constitutional activities. Who then, is at risk? Not just India, but the rest of the world. So in a sense, the global community should be as concerned about educating the young India as Indians themselves, because globally, you will be at risk if 300 million people in India are uneducated.

We were at the receiving end of the financial crisis, because the western world was living beyond its means. If you go to anybody in California, he will show you the house he owns. When you ask him as to how much mortgage payment he makes and after how many years he will truly own it, he will tell you that it will take him another 45 years to own it. But he calls it his ownership, because it is the bank’s money that he has taken credit for. Where does that credit come from? It comes from you and me.

So they become rich, they own a house which they don’t actually own, and they then multiply ownership of houses and live beyond their means and then they have a financial crisis at hand and we have to suffer. When we ask them to live within their means, they refuse and ask us to reduce our carbon emissions instead. Their market growth is saturated so they tell us to lower everything so that they can come in and make profits. While we welcome that, they must recognize that they must collaborate to ensure that we too prosper in that process.

Let me give you an example; recently, as communications and IT minister, I launched the electronics manufacturing
policy and I got a huge number of calls from the west and delegations came to me saying that this was aggressive. Why was it aggressive? Here’s what I did. At the moment, the market in India for electronic manufacturing goods is $ 100 billion and most of that market composes of electronically manufactured goods which are not manufactured in India but are manufactured by entrepreneurs in India through components that are imported from the outside. Very little manufacturing takes place in India. If this continues, then by 2020, this market in India will grow from $ 100 billion to $ 400 billion. And if it does, at the present rate, by 2020 we will have to import electronically manufactured goods of the value of $ 300 billion.

This value is more than the import bill of crude oil today. Ninety percent of our requirements today are imported as far as crude oil is concerned. But the import of electronically manufactured goods will be MORE than that. Our fiscal deficit will grow from 5.9% to 10% and we will go under as an economy. Now, as a minister, I need to protect myself. I need to make sure that off the total market for that commodity which is $ 400 billion, at least $ 300 billion worth are actually manufactured in India. So I launched a policy saying that by 2020, off all the goods that are manufactured in India, 60% are indigenous, so that our import bill is not more than $ 100 billion. They said this was a violation of WTO. I told them if the Indian economy goes under, what is going to happen to the world? This is the biggest market in the democratic world. If you destroy that market, where are you going to go?
In an interdependent world, you must recognize that there are stakes out here to make sure that we survive and prosper as a nation because our prosperity will, in turn, bring prosperity to your nation. Why? That’sbecause we are in an interdependent world.

If you look back 30-40 years ago, everyday there was a strike in India in every factory. Every day I used to read about mills going to strike because labour was in conflict with capital. Suddenly, labour in India realized, if they are in conflict with capital, they will go under and so will the mill and neither will survive. Thus, you never hear of strikes today. In fact, the railway unions want to go on strike because they realize that their survival as an entity of the Indian railways might be at risk. So labour and capital are working together because they are interdependent and therefore they want to collaborate with each other.

In the global world, we have learnt to be interdependent, but we have not yet learnt to be collaborative, and that’s the risk we have to manage.